I’d been really quite low for some time, not sensing God’s presence, and becoming very focused on my problems rather than God. I recently realised that I was beginning to lack hope. (‘My feet had almost stumbled; my steps had nearly slipped …’) (Psalm 73:2)

John spoke on a Sunday morning about Practicing the Presence, and it very much resonated with me. My response was, ‘I really need you to do something in me Lord – things can’t stay like this.’

The next day I went to my Development group – fairly reluctantly with not much expectation.

Richard, who leads our group, helped us revisit John’s talk then asked us to ‘chat and catch’ with God. First we had to tell God what was on our minds/what we were worried about etc. I told God all about how stressful and difficult I was finding life – and especially about a situation my husband Grant and I had tried to fix without really asking God what he thought. I didn’t really expect to hear God say anything much to be honest – why would he bother when I hadn’t really involved him when it mattered?

But then, during the ‘catching’ bit, God just broke in – and broke me!

I had a picture of the Father sitting in an armchair, rocking backwards and forwards with the kind of laughter that’s so contagious it makes everyone else fall about laughing. He had tears rolling down his cheeks and he kept slapping his thighs and holding his belly. As I watched I wanted to laugh too – but I also wanted to cry. 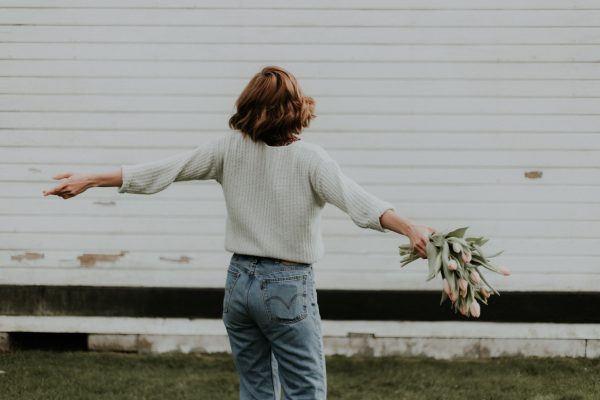 Then the picture changed and this time I saw Grant and me sitting on two chairs and the Father was standing in front of us, facing us, with one hand on my shoulder and one on Grant’s. And he was still rocking backwards and forwards, still laughing – the same deep belly laughter as in the previous picture. I didn’t hear him speak, but what I picked up was his absolute love, acceptance, and delight in us. What struck me was that there was no hint of disapproval. He wasn’t even saying, ‘You didn’t ask me, but I love you anyway.’ Anything that we had done or omitted to do was irrelevant – it wasn’t in his thinking. He didn’t even offer a solution. He was simply delighting in the humour of the situation, but more importantly, in us!

I realised that for my whole life I’ve believed that God loves me in spite of who I am, rather than because of who I am (his creation, planned before the beginning of the earth). I now understand for the first time the truth of Zephaniah 3:17 ‘…He will take great delight in you; in his love he will no longer rebuke you, but will rejoice over you with singing.’

I can’t even begin to express how different I’ve felt since. It feels like a weight has been lifted off my shoulders and I have felt his presence in such a real way.