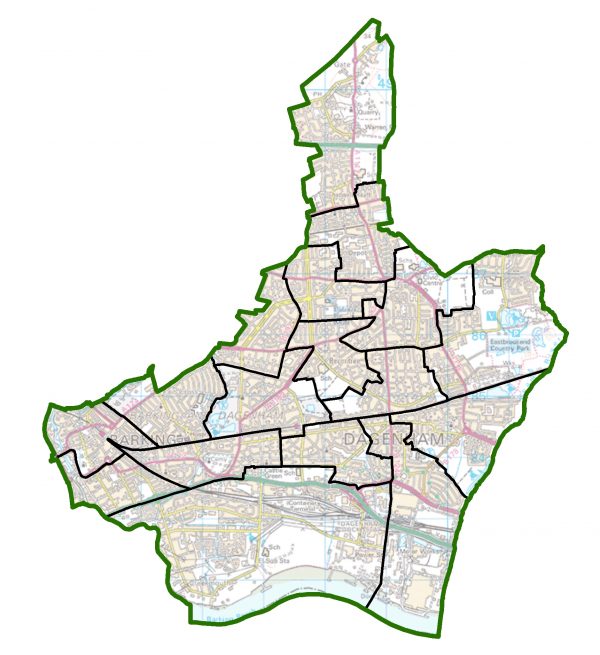 Sometimes battles are subtle. Perhaps the ongoing erosion of something we had hoped for – maybe for a person or the place where we live.

There’s a part of each of us that is made for belonging, connection and relationship. God made that blueprint, and we are made in His image. Think about the first time you weren’t picked for a team or the first party you weren’t invited to. We could go around for the rest of our lives saying that we hate parties and all sports, but something deeper would be driving that, and the truth is, I bet we really wanted to be included.

I met someone recently who said “You will never build community here – nobody cares what you do! Nobody is interested!” I was on ‘our patch’ as I call it, Andrews Corner – the patch where a century ago, the Andrews family worked to build a kingdom community that reached the neighbourhood around.

The guy’s statement came with passion and conviction and ripe language. To me, it was an indication that we are on to something, and inside me a silent battle cry of indignation rose up. “YES WE WILL! Because He is with us!”

‘People are hard to hate close up. Move in’ – Brené Brown, Braving the Wilderness

Minutes later, a young mum stopped to ask directions, as she was on her way to a child’s birthday party and didn’t know the area. So, on that same patch, community and connection is alive and well, and that’s good news.

For the last couple of years and more purposefully over the last 8 months or so, some of us have camped out in the furniture shop on Andrews Corner a couple of times a week to see what happened. If we just planted ourselves there, who might come in and why? Community Resources was given the opportunity to pilot a Neighbourhood Network.  The challenge was to choose any patch in LBBD and explore what belonging and connection and community looks like, and if it’s possible to fan this into flame and replicate it. So, we chose to do this out of the furniture shop, because it’s what we have in our hand.

And people have come. They tell us their relatives have died, that their children have nothing to wear for their 1st Beavers camp, and their debt bills have piled up unopened on the doormat for a year. They tell us they are scared to walk to work when it’s dark in winter, that they have no dress to wear for a party, and that they are worried about their ageing relatives in Albania, and so they work 3 jobs to send a few items home.

We’ve met the shopkeepers, the neighbours, the families going to school, those in need and those wanting to join us, or stay for a cup of tea.

That’s why I didn’t flinch in the face of such a strong statement against building community. If we are present and willing, whether on Andrews Corner or in your street or workplace, people are waiting to meet us.

But it is a battle.

I was walking through Goodmayes Park and noticed where there was once a lovely mosaic, but it’s now been scratched off.  And yes, there are rats there. But while I’m focussed on that, I can miss the local volunteers picking the litter and the daily catch-ups that go on every morning – walkers swapping names and numbers and taking time to check up on each other. Community is also there. It’s happening because that God given blueprint in each of us cries out.

‘Spirituality is recognising and celebrating that we are inextricably connected to each other by a power greater than all of us, and that our connection to that power and to one another is grounded in love and compassion’ Brené Brown, The Gifts of Imperfection

Here’s to the eight or nine neighbours who knocked on our door late at night last January, to let us know the massive tree on the boundary to our garden was on fire. They ran through our house to help, and that’s how we got to meet some new faces behind the doors in our street.

Every day, there’s a choice for me. It’s easy to sign up with the army of moaners and the disillusioned, but will I choose to fight for my street, my neighbours, our Boro’ and the spaces God is giving us? It’s hard when we get ignored or shouted down, or worn down with trying, but the battle is on for connection and neighbourliness against a backdrop of indifference.  Will I wage war on my doubts and disappointments as I step over another abandoned mattress, and it all seems too big a task on any given day?

A Full Life in the Emptiest of Places

9 -12 “If you get rid of unfair practices,
quit blaming victims,
quit gossiping about other people’s sins,
If you are generous with the hungry
and start giving yourselves to the down-and-out,
Your lives will begin to glow in the darkness,
your shadowed lives will be bathed in sunlight.
I will always show you where to go.
I’ll give you a full life in the emptiest of places—
firm muscles, strong bones.
You’ll be like a well-watered garden,
a gurgling spring that never runs dry.
You’ll use the old rubble of past lives to build a new,
rebuild the foundations from out of your past.
You’ll be known as those who can fix anything,
restore old ruins, rebuild and renovate,
make the community liveable again.