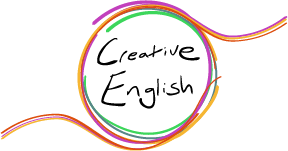 “I just alone. No friend.  So sad.  So lonely.”  This is what an ESOL learner explained to me in 2005 as I covered her Skills for Life class, standing in for their regular teacher.  There were 14 other people in her class – who sat in silence, choosing seats dotted around the room as if to avoid contact with a neighbour. Yet looking at the faces and body language of those around her, I suspected she wasn’t the only person feeling isolated.  Here they were – in the same room together 4 days a week, with a complete lack of connection.  Surely there was a better way than this?

This moment, confirmed by similar scenes in other classrooms in other boroughs I was working in at the time, sparked me on a journey of experiment, research and discovery, in partnership with learners, which led to the development of what is now known as Creative English. My own shyness that I’d long asked God to take away – somehow feeling a failure as a Christian as I wasn’t a confident person – suddenly became my strength.  It gave me an ability to use the amazing potential of drama to accelerate the building of community in a way that wasn’t intimidating and exclusionary, as I understood what made people feel safe and valued, because I struggled with that too.

As I talked about what God was stirring in me, I was so grateful for the support, encouragement and prayers of members of the church.  The Bible is very clear that our position should be one of welcome to refugees and migrants.  The Bible is full of figures who are displaced.  Jesus himself, for example, was taken into Egypt when his parents had to flee from Herod after his birth. “The foreigners residing among you must be treated as native-born.  Love them as yourself, for you were foreigners in Egypt. I am the Lord your God” Leviticus 19:34

The development of Creative English[1] certainly wasn’t a straightforward journey. When I submitted my thesis in 2011, it didn’t pass, and I had to write the whole thing again.  My plan for a brisk 3-year finish turned into 7-year slog.   As I worked on my research, all the interest and funding moved out of the field and I had many conversations with people who said: ‘Why are you doing that?! No one’s interested.”  And that the things I were doing “weren’t significant enough” to be worthy of a PhD.

But God had a plan.  In 2013, the government launched a competition for new approaches to ESOL, acknowledging the existing approach wasn’t meeting the need, and when I looked at the target groups and what they wanted to achieve, I already had the answer!  In 2013, FaithAction[2] received the first £1.2 million to roll out Creative English across the country.  Between 2013 and 2020 over 100 organisations: churches, mosques, schools, gurdwaras, community centres and cultural groups have run the programme for around 15,000 beneficiaries.

While that funding has come to an end, the fact the programme is volunteer-powered means that in many places it has continued.  During the pandemic, it has continued to run in socially-distanced support groups and in an online version combatting isolation and helping individuals negotiate changes to services caused by the 2020/21 coronavirus pandemic.  Learners have described the programme as literally being a “lifeline”.

At one point during the research, I was given a prophetic word that the thing I was working on was “going to be bigger than you can imagine.”  God certainly had bigger plans than I could ever have dreamed and it’s been an amazing privilege to be on that adventure with Him.

[1] You can get involved as a volunteer in our local group here in Dagenham, or can buy the licence to run it in your own church, school or community group.  See the website for more information: https://www.creative-english.org.uk

[2] FaithAction is a national network of faith-based organisations which was founded in 2006 by LifeLine Church’s associated charity, LifeLine Projects