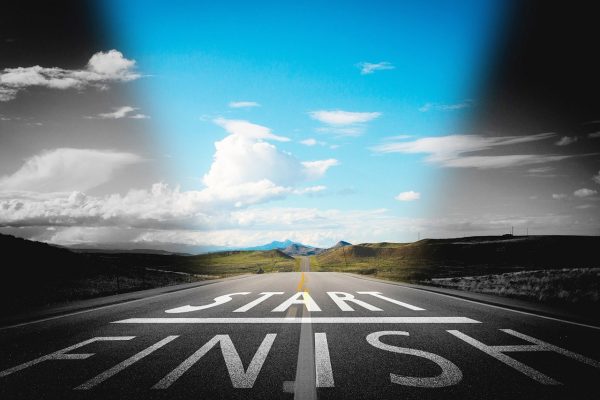 It was a Sunday morning three years or so ago. I was enjoying the worship time, singing: ‘I will trust you with everything’. Suddenly I was very aware of God’s presence – ‘Are you ready?’ He asked…

It stopped me in my tracks and the question hung in the air.

‘Ready for what, Lord?’… ‘Ready to trust you?’…’But I already do, don’t I?… The questions sprang up and the answering silence was heavy with meaning. ‘What’s this about Lord – please teach me, show me where I’m not trusting,’ I responded, with a growing sense that something was coming my way.

Later that year, work took me into the sphere of health policy – something that I knew nothing about. The meetings I attended were full of acronyms and a language that I didn’t understand. I started to suffer from imposter syndrome. Who am I to speak into this world, I pondered secretly?

One day I was listening to a podcast by a well-known church leader. He described how he had been comparing himself to his fellow church leaders and God had spoken to him, saying ‘Put your big boy pants on’. Again, I heard God’s voice. I needed to ‘put my big girl’s pants on’. I knew God was with me.

Attending health meetings after that point became fun. A few months later, I attended a series of workshops jointly hosted by Directors from the Local Authority and the Clinical Commissioning Group to design what a community-led health hub might look like. I quickly realised that this was something that God had been preparing me for, and that I had something to contribute from all that He’d shown us as a church over many years. And with my big girl pants pulled firmly up, I moved from table to table, exploring what a relational model of healthcare might look like. I discussed, explained, used examples from our own experience and listened to other attendees who couldn’t yet see what I was pointing towards.

I started to meet regularly with a friend; I wanted to catch her can-do attitude and solution-focus and carry that same Godly wisdom into our local health world.

At one point she asked me ‘This thing about working in the local health policy, is it just part of your job, or is it bigger than that?’ I knew the answer before she’d even asked the question: ‘no, it’s way bigger! It’s something that God is giving me.’

At the height of the COVID pandemic another friend called: ‘I have a sense that something much bigger is coming your way.’ It resonated, and over the following weeks I realised it was time to take a leap and trust: to leave the secure existence of a regular salary and easy connections into the local health world and strike out, trusting God to show the way. I started to map out what I felt God was calling me to do. And I handed my notice in.

The week after, I took part in two meetings: one was part of a series – a continuation of the first set of workshops where I’d originally peddled my message of relationship and community. I could hardly believe what I was hearing: people who had been quite hostile in the first workshops were talking about the benefits of friendship on wellbeing. Those who hadn’t seen the need for a relational model had picked up on the benefit of journeying with, rather than ‘doing to’, people.

The second was a workshop where senior partners from the local authority, health and community spheres were starting to design a system to formalise partnership working. My heart had sunk slightly, but I’d provided a couple of case studies and found myself in a breakout room with one of the local Primary Care Network leads. He was explaining his desire to make warm connections for his most vulnerable patients. “We need to talk,” I said. The next day he hunted me down and so the adventure began…

Am I ready? Yes, Lord, I am. When I wake in the middle of the night, wondering who on earth I am to think I could bring about change in a system, I know you are there. You have spoken. And my job is to trust you, to listen to you and to follow you wherever you might lead. I’m at the top of the roller coaster: excited and terrified. The adrenaline’s pumping. But I’m the side passenger in this ride we’re taking together. I don’t know all the twists and turns ahead, but you do. And I trust you. And I see your hand at work.