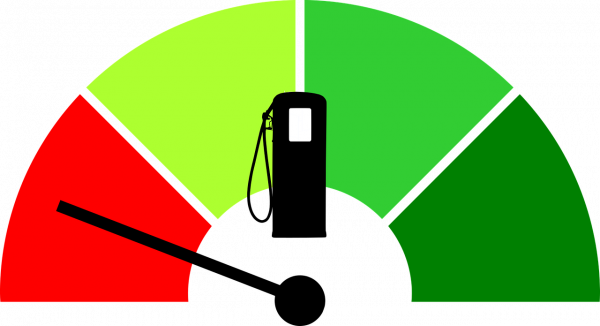 The battle is real. But so is God, and He’s a mighty warrior.

We were on holiday, (Iceland – yes, it was wonderful, thanks for asking 🙂 ) and travelling through some spectacular terrain. Extreme, unfamiliar and wild beauty. I started to feel nervous. There were hardly any cars on the road, we’d only seen a handful of people over the half hour we’d been travelling, and I realised that I was paying undue attention to the petrol gauge.

We seem to be using a lot of fuel, I thought to myself. Don’t be so ridiculous my rational brain argued back. But the petrol stations are few and far between… the thoughts kept rolling.

Fear is something that I’ve had to deal with periodically. Something I didn’t recognise until, some years ago, my faithful husband Phil sought out some close friends who helped me to identify what I was experiencing and prayed for me. Release wasn’t instant, but I did grow to recognise that the ‘darkness’ that came over me wasn’t something I could get through by dint of controlling circumstances (or trying to!); and that worrying really was a fool’s errand. I learned to ask Phil to pray each time fear landed, and started to experience the darkness lifting as I confessed my need.

I haven’t experienced that kind of fear for a long time – worry, sure. But I’d even learned to recognise the symptoms of worry and take it straight to God myself, and knew the wonderful freedom that came each time.

This was something different though; fear was striking again while on holiday in fantastic surroundings. I felt under attack, almost a daily battle against fear of the unknown. The ‘what ifs’ coming thick and fast, and I couldn’t seem to deal with it by myself. It took me by surprise, and also took a couple of days to realise what was going on. Again, each time I asked Phil to pray, and each time knew an instant peace and ability to think straight again.

Why after all these years? I don’t know. But I do know that the battle is real – Peter isn’t joking when he says

‘Be alert and of sober mind. Your enemy the devil prowls around like a roaring lion looking for someone to devour.’ (1 Peter 5:8 NIV). He also shines a light on the way through in the surrounding verses too:

‘Humble yourselves, therefore, under God’s mighty hand, that he may lift you up in due time. [7] Cast all your anxiety on him because he cares for you. [9] Resist him, standing firm in the faith, because you know that the family of believers throughout the world is undergoing the same kind of sufferings. [10] And the God of all grace, who called you to his eternal glory in Christ, after you have suffered a little while, will himself restore you and make you strong, firm and steadfast.’ (1 Peter 5:6-7,9-10 NIV)

I’ve found that humbling myself is key – confessing what is going on to someone close, and getting them to stand with me