As I have been tracking the news of the Russian invasion and the dreadful conditions ordinary Ukrainians have suddenly been thrown into, I have been racking my brain to synchronise what I read and see online with who I know Jesus to be and what He has done and is doing. I’m standing in Mayfield school singing songs whilst a nation shelters in basements. How do I reconcile this?

So, I find myself asking “Am I out of touch with reality?”

I relistened to a message by Tim Mackie (the co-creator of the Bible Project) and I found a few illustrations he used very helpful:

In Wisconsin, where Tim was at college, you could have snow for half the year. Though it looks pretty to begin with, after a while it turns greyish and covers everything. 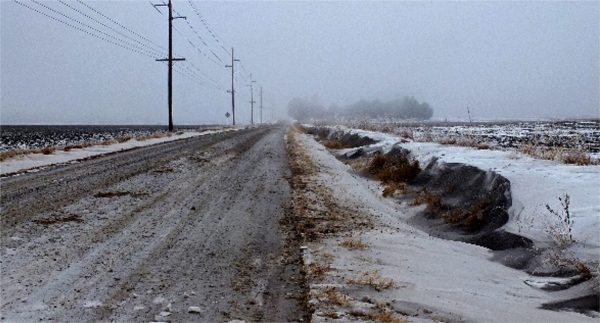 You begin to forget there was ever green before the snow came and doubt there will ever be green again. But then, around March, the crocus flowers appear. 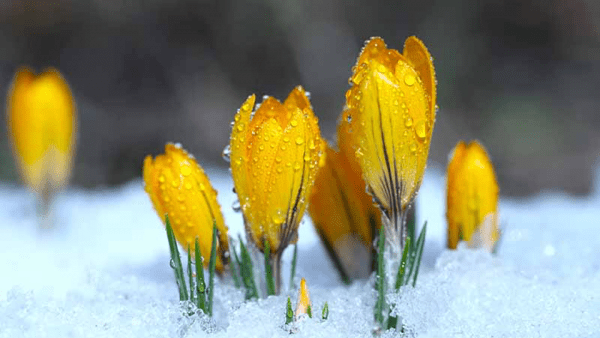 And suddenly it fills you with hope that it won’t always be this way.

In April there may be another fall that covers the crocus, but this is a lighter dusting and melts more quickly. And you’ve already seen the crocus, so nothing can take that hope away.

In 1968, in Israel, whilst clearing a section of land, developers came across an ancient box. Inside were the remains of someone who had been crucified, including the trademark nail through the ankle bone. See how the nail is bent? It probably hit a knot in the wood as the victim was being impaled. You can imagine the excruciating pain. 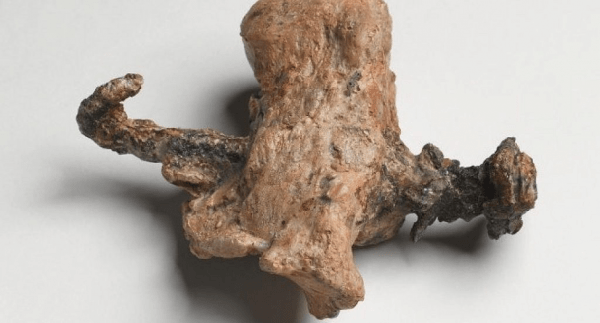 His death wasn’t unique. When Rome sacked Jerusalem, 500 people a day were crucified.

In this box were the remains of just another guy who was crushed by the machine.

Then there was Jesus. He talked of a new kingdom. He caught the imagination. But then he was also murdered. Like many before. Evil seemed to triumph like always.

But the empty tomb means something so striking. It proves evil no longer reigns. It can’t have its own way. And death itself has been issued its own death sentence. Pain and suffering are beginning to unravel and turn back on themselves. 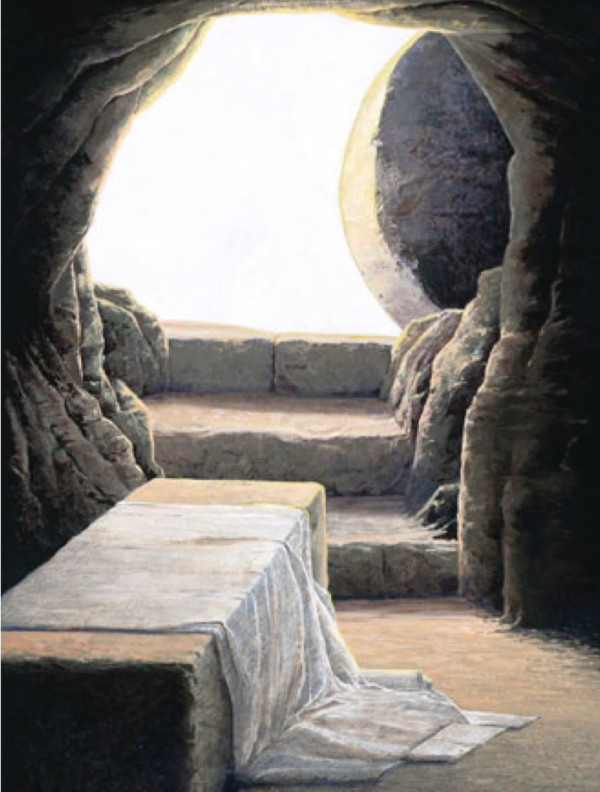 Like the crocus flower breaking forth in the middle of the snow, the empty tomb promises the world wasn’t designed with the suffering we see today in mind. And we are heading towards the final destination where pain is merely a memory. And the promise is breaking out all over the place. We live in a ‘now and not yet’ reality. At the resurrection, the kingdom of Jesus was declared, now everything is coming under his reign.

There may be further snowstorms which cover the crocus temporarily but can’t undermine where creation is heading.

As I watch the news, I see just another snowstorm. But the reality is, the tomb is empty. No present evil can erase this glorious truth. We set our watches to eternity.

We see allies in the West (and beyond) coming together in a common cause to force Russia to withdraw from Ukraine. This determination to defeat the enemy is clear. If they are successful, will it re-instate ‘peace on earth’?

In Luke 2:14 angels proclaim ‘peace on earth’. But the peace they were promising wasn’t to be achieved by the defeat of an enemy. No! God’s plan was more radical than that. It would be achieved by overcoming enmity (hate). Hate towards God, and therefore, towards one another. This enmity was not the property of one particular side, but it resides in every human heart. Our very DNA was inseparably entangled with hatred. There was no way to tackle the infection without harming the host. There was no precision guided weapon which could deal with the problem. Not only did enmity hold us, but we also held on to him. We were addicted to enmity even though it was destroying us.

The only way was for the Prince of Heaven Himself to step out into the firing line. And when He was vulnerably human, our hatred raced toward Him. He took it into Himself and pulled it into the grave with Him. On the third day, He rose but the enmity didn’t.

So, the empty tomb is a symbol of a reality that everything changed on that day. We live in a world of a different order. We are no longer pathetic lovers of an abusive master (that is hatred). God emptied Himself of His honour, He came for us, died for us, and now invites us to rule with Him.

Jesus masterminded the Great Reversal. He took what we deserved and gave us what He deserved. Jesus lived the life we should have lived and died the death we should have died.

So, coming back to my original question… “Am I out of touch with reality?”

My answer is ‘I don’t think so’. I believe the tomb was empty. And therefore, we live in a world under a different King. There are still things taking place which seem to obscure sight of His rule, but these things are temporary and in the grand scheme of things, there is nothing that can be done to me in the here and now which can ever separate me from what He has already done. I can’t be snatched from His hands. There is a fate worse than death, and that is not knowing that the tomb is empty, and that I have been reconciled with my loving Father.

I consider that our present sufferings are not worth comparing with the glory that will be revealed in us. (Rom 8:18)

We are privileged, not because we aren’t under attack, but because we know the tomb is empty.

Let this knowledge fill you with joy, let it brim over into expression when we are together. Let us share with those who have no idea. Let us be spurred on by each other’s testimonies. Each story is evidence that He still empties tombs. Let us celebrate Him when we come together. Let the reality of the empty tomb be what motivates us to action. There are millions of people who are moved to respond to the needs of the Ukrainians and maybe you are also helping. Being here, in Mayfield school hall, singing together with you, is when I remember that humanities greatest need has already been met. I must be reminded of this, I must hear your voices singing this truth, I must touch reality. Otherwise, I will think it is my action or contribution that solves something. So right now, I sing. Right now, I turn my eyes to Him, the champion and perfector of our faith. Right now, I hear who He is. Because soon I will have the opportunity to respond to a need and I must do that in the reality of the empty tomb.